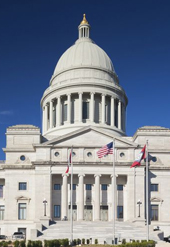 RUSSELVILLE, Ark. – Arkansas residents are having conflicting ideas on sports betting rules for the state. Back in November, an overpowering 54% of voters voted yes for sports gambling on Amendment 100. would give the state four casinos and would offer sports betting at the facilities as well.

The Arkansas Racing Commission will oversee the sports betting casinos. After receiving 148 written comments, only 20 of those comments directed to the commission wanted a casino in the state.

“Based on the overall level of interest throughout this process, we anticipated a significant amount of public comments, which has certainly been the case,” said Scott Hardin, spokesman for the State Department of Finance and Administration.

Pope County specifically requires that casino proposals receive a letter of support from either the county judge or the Quorum court. Residents in the county shunned Amendment 100 back November and required extra hoops for lawmakers to jump through in order to allow sports gambling within their county. The majority of Pope residents do not like the idea of a proposed casino in their area.

What The Colleges Say About Sports Gambling

While Pope County has its own dilemmas to work through regarding sports gambling, the State of Arkansas itself has its own issues as well. Sports betting legality in Arkansas will also have an effect on the youth in the area, more specifically the college students.

“No one can deny the tremendous financial and reputational harm that a sports betting scandal would cause to our state universities and student-athletes, along with millions of fans, alumni and donors who support them,” said the letter.

“The loss of confidence in the integrity of our events (and the State’s gaming licensees) would be irreparable. Given such risks, we believe the Commission’s regulations must reflect the important role that our colleges, universities, and their sports governing bodies play in any lawful sports wagering framework.”

Among the various rule suggestions in the letter, the directors also included one requiring the casino operator and the commission to work with each other in illegal gambling investigations held by the colleges and universities.

The state will have legal sports betting in Arkansas coming soon in their future, but they’ll have to deal with the ripple effects of legalization in their state in the process.growing market.